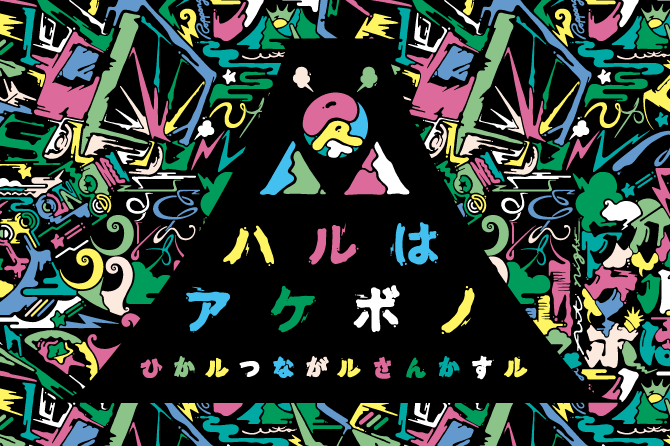 In spring it is the dawn

The world that surrounds us today looks nothing like that of times past. Yet though it may seem very different, one thing remains constant: people’s desire for dialogue outside themselves.
“In spring it is the dawn…” is a line from Sei Shonagon’s Pillow Book, her own musings on the dialogue between people and nature. A thousand years on, contemporary conversation with the world around us has ramped up enormously in both speed and intensity ‒ thanks to the remarkable march of technology ‒ being transformed into media by which people can communicate not only with each other but with the urban environment, with the planet, with everything around them. Eventually the day may come when our bodies connect with worlds unattainable by ourselves.
Our physical sensations will expand, our perception and cognitive senses fusing, the line between oneself, and that outside oneself, the division between now and not now, disappearing.
It is in just such an age that we should perhaps take care not to lose sight of the sense, the feeling that “in spring it is the dawn (that is the most beautiful).”
The sun sets, the sun rises. Within this unchanging cycle, we exist. No matter how much the environment around us, or the lifestyle it brings may change, the sun will invariably set in the west, and rise in the east.
At 6:22pm on April 25, 2015, the sun will set in the west in Tokyo’s Roppongi district, and at last, the curtain will rise on 2015’s Roppongi Art Night, this time featuring media art. Tens of thousands will take part, joining together on the streets of Roppongi, illuminating the night. The whole of Roppongi will be rendered media, seeming to dissolve the boundaries of time, an hour becoming a second. It will feel as if your body has expanded, as if you can touch the very stars in the sky. Yet no matter how those boundaries vanish, at 4:56am on April 26, 2015, the sun will rise in the east in Roppongi.
At that moment, in that “spring dawn” instant, time and bodies will return to life-size… In these turbulent times, some things never change.
And media art will light the way to our world 1000 years hence.